Kyla is the owner and founder of Nutritional Revolution, a company where she specializes in sports nutrition and sex differences in sport with Pro to amateur level athletes.

We’re all training to be the best we can be right? The strongest, fastest, healthiest, hardest to kill version of ourselves.  So we do all the things, we eat clean, we train, we hydrate, we mobilize, we monitor with all the devices, but did you know your genes might be able to tell you if you need more rest between sessions that cause muscle tissue breakdown and even if you’re more prone to injury? 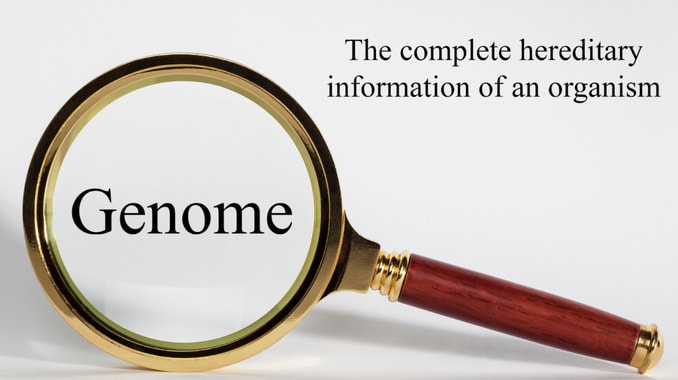 What Gene Controls How I Recover?

Alpha-actin-3, also known as ACTN3 is a gene that encodes for a protein found in type-II muscle fibers responsible for explosive and powerful muscle contraction (Ma et al., 2013; Pickering & Kiely, 2017a).  A polymorphism in the ACTN3 gene, R577X (rs1815739), is present in roughly 20% of the world’s population and has been looked into for research in the athletic population on speed, recovery as well as the elderly on muscle wasting and injury risk (Garton et al., 2018).

This polymorphism is the result of C-to-T swap at the 16th exon in the gene at amino acid 577 and actually results in an arginine residue (R) and thus causing a stop codon (X) to occur (Caterina, Martinez, & Kohlmeier, 2019).  The insertion of a stop codon on the 577 amino acid in the ACTN3 gene results in an individual who is deficient in ACTN3 protein, this deficiency in alpha-actin-3 protein has been linked to decreased fast-twitch muscle fibers (Pickering & Kiely, 2017).  The alleles seen at his gene are either XX, RX, or RR, (also listed as TT, CT, CC respectively) those that are homozygous XX (aka TT) cannot produce ACTN3 protein in their muscle tissue (Del Coso et al., 2018).

*As an aside I am going to use interchangeable terms for alleles in this post, XX=TT, RX=CT, RR=CC as they are shown in research in two different ways.

It has been hypothesized that the development and survival of the X (aka T) allele is actually a result of ambient temperatures on populations.  This is the thought because researchers have noted that the occurrence of this gene mutation in populations varies depending on their distance from the equator.  It was found that only 1% of Kenyans carry the ACTN3 XX/TT allele, while 3% of African Americans, 18% of Caucasians, and 25% occurrence in Asians will carry the XX/TT allele (Del Coso et al., 2018).

What Does The Research Say?

Research has looked into the ACTN3 gene polymorphism from many angles to understand what conditions it may affect.  Some older research has looked into ACTN3 for its effects on speed in endurance athletes, other researchers have looked to see if there is a connection to Vo2 max and now more recent research is looking into ACTN3’s effects on sports performance adaptations, injury risk, and ability to for muscle tissue to recover from training bouts in the sprint and power athlete population (Pickering & Kiely, 2017).

When looking into the athletic population, if an individual is homozygous for the X/T allele and thus is deficient in ACTN3 it is noted that they make up for the lack of ACTN3 by increasing their ACTN2 (alpha-actin-2) levels.  ACTN2 is also located in the sarcomere of the muscle tissue but it is involved in several types of motor activities whereas ACTN3 is specifically associated with explosive and fast movements, and rapid muscle force (Del Coso et al., 2018).

When researcher Yang looked into the occurrence of the mutation in both male and female Olympic sprint athletes in 2003 they did not find a single athlete with the ACTN3 TT allele, this led them to believe that to be ‘TT’ was unfavorable in this population and thus that is why they do not see it occur (Yang et. al., 2003).

The research then evolved to question that if it is favorable to carry the ACTN3 CC allele for sprint type efforts then is it possible that the ACTN3 TT or CT is favorable in the endurance population? (Ma et al., 2013).  Researchers looked into this on rats and mice first and did note a difference, noting those mice with the TT allele had better aerobic efficiency and improved recovery from fatigue but when they repeated this in humans, they did not find any significant results (Del Coso et al., 2018).  Another interesting discovery was in the untrained population, those with the RR/CC allele walk around with a higher baseline strength than those with the TT alleles (Del Coso et al., 2018).  So kudos to those of you who are CC carriers, you probably excelled well when you started a new strength routine or explosive sport.

In a study by Norman et. al., (2014) they found increased activity of mammalian target of rapamycin (mTOR) in those who carry the ACTN3 C allele compared to TT carriers.  This may mean that those with the C allele have improved skeletal muscle protein synthesis and can control the catabolic and anabolic signaling via mTOR better than those with TT alleles (Yoon, 2017).  This study leads us into how the ACTN3 gene mutation plays a role in exercise-induced muscle damage and an individual’s ability to recover quickly or not.  Post-exercise muscle damage typically occurs after challenging training sessions and especially so after eccentric based work.  Typically, when the muscle tissue experiences damage and muscle stress of this nature one may get sore.  In addition, there is an increase in an inflammatory response due to a release of pro-inflammatory cytokines as well as proteins from within the muscle leaking out into the blood, such as creatine kinase (CK) (Del Coso et al., 2018).  Creatine kinase levels in the blood are what many researchers monitor to evaluate the level of muscle tissue damage.

The takeaway in regards to muscle damage and genetic carrier status is those with the ACTN3 (CC, CT) may have a protective effect on muscle fibers thus decreasing the damage that occurs in the sarcomere of the muscle during training and even decreasing the likelihood of rhabdomyolysis potentially (Del Coso et al., 2018). 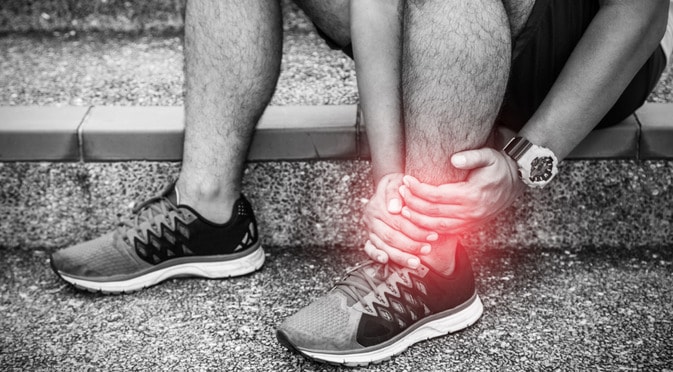 Research on Risk of Injury Occurrence in Athletes

Another area the research has looked into is the occurrence of injuries with specific ACTN3 carrier status.  A study by Massidda et. al., (2017) showed that soccer players with the ACTN3 TT carrier status had a two to three-fold increased risk of muscle injuries compared to ACTN3 CC carriers.  When they looked at dancers with the TT genotype, they found they had an increased risk of ankle injuries and acute ankle sprains.  The researchers theorized that since these individuals are ACTN3 deficient that the injuries may be a result of the muscle tissue’s capacity to stabilize the joint during movement rather than an issue at the level of the ligament tissue (Pickering & Kiely, 2017).

How Do I Know If I am ACTN3 Deficient?

To understand what steps to take one must first understand which alleles they carry.  This can be done by searching your 23&Me genome report for “rs1815739” (go to 23&me from a desktop, click the magnifying search icon, type in “rs1815739”).  If you see C/C you are not deficient in ACTN3 and will likely recover well, have a decreased risk of injuries and be well suited for sprint-based efforts, C/T would be ~50% deficient in ACTN3, and T/T would be completely deficient in ACTN3, more likely to experience muscle soreness, may need more days to recover from sprint-like or eccentric efforts and more prone to ligament injuries.  Once you know this you can adjust your daily nutrition intake based on your genes to support your training adaptations and minimize your likelihood of injury. 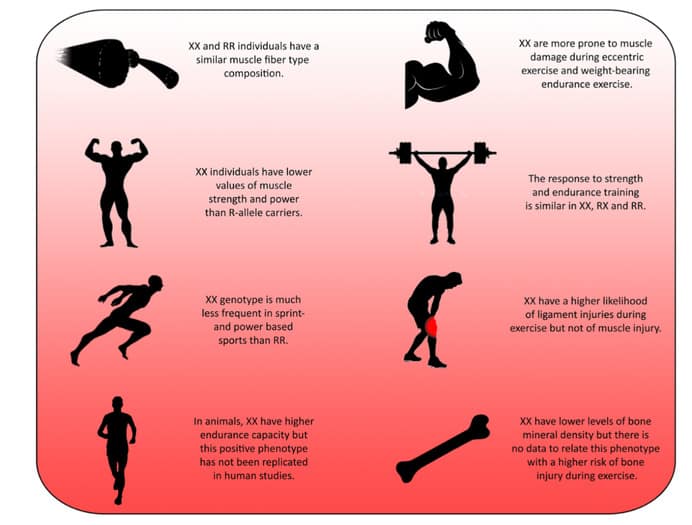 Fig 2. Most common phenotypes related to α-actinin-3 deficiency due to homozygosity for the X allele in the ACTN3 R577X polymorphism. Source (Del Coso et al., 2018)

So What Should I Do?

For those who are either ACTN3 CT, or TT carriers and have some or a complete deficiency in type II muscle fibers, and an increase in pro-inflammatory markers increased myoglobin and creatine kinase post-training I would encourage adequate rest between strenuous training sessions to allow for proper muscle recovery.  In addition, this may be a great place to implement some of The Ready States mobility and tissue care products such as the Basic Leopard Kit.

In addition, to manage the increased pro-inflammatory markers these individuals should emphasize nutrients in their diet that provide anti-inflammatory nutrients such as omega-3s.  Some examples of alpha-linolenic acid (ALA) rich omega-3 sources include ground flaxseed, walnuts, and soybeans.  Sources of docosahexaenoic acid (DHA) and eicosapentaenoic acid (EPA) rich omega-3 sources include salmon, herring, mackerel, trout, sardines, or cod liver and fish oil supplements.

In addition, consumption of a diet rich in food sources containing antioxidants may be beneficial to help with muscle tissue recovery in these individuals.  This would mean including an abundance of colorful fruits, vegetables, herbs, and spices regularly in the daily diet.  Think dark fruits and veggies such as cherries, blueberries, kale, spinach, and even sweet potato and carrots to cover your orange, Vitamin A rich foods.

Support Tendons and Ligaments with Nutrition

Lastly, if ACTN3 TT carriers are more prone to ligament injuries, then including ligament and tendon supporting nutrients daily could be beneficial.  This would mean including sources of vitamin C and gelatin, as this is great for collagen synthesis, my favorite is Klean Athlete Collagen+C.  Nitric oxide present in beets, spinach, arugula, celery, radishes and swiss chard can also enhance collagen synthesis, and lastly glutamine and Vitamin A rich foods have been shown to be helpful in tendon and ligament health according to the International Olympic Committee (IOC).

Will you be searching your genome to learn more about your nutrition-gene interactions and improve your Ready State?

PS if you like to geek out on genetics and nutrition science like me check out the article I wrote on how caffeine affects athletic performance here.