Let me be the first to welcome you to The Ready State! I am thrilled to introduce you to the new home of MobilityWOD, evolved. Like you, we recognize that the world of strength and conditioning, fitness, pain management, and even personal wellness care are in the middle of exciting growth in technological sophistication and decentralization.

It’s easy to forget for example, that when we began our original Mobility Project on YouTube back in 2010, the iPhone didn’t even have a video camera and Instagram wasn’t even a thing. Only a few coaches and even fewer health care professionals were transparent in how they coached, taught, and treated. Moreover, the general consensus was that the general population wasn’t sophisticated enough to be responsible for their own pain, nutrition, exercise programming, or remedying their movement limitation.

The truth is, these professions were flat out wrong. I began teaching our course about owning your own pain and positions back in 2008. We were blown away by the tidal wave of support and sheer numbers of athletes, coaches, and providers that weren’t content with the status quo. These populations all knew they were competent enough to take charge of their own musculoskeletal health. We had a hunch that there had been a tide change. Based in tech-savvy San Francisco, and sitting on the front wave of CrossFit and the revolution occurring in strength and conditioning, we could see that the world was hitting an inflection point. If a gold rush, a revolution, and a social movement all had a baby, that child would look something like what the last ten years of human performance and development have produced.

I recently found the original set of notes that I had developed for some of the first courses we taught over a decade ago. Halfway down on page three, is the first time I used the term “Ready State.” I was already a full-fledged physical therapist when I tried to give voice the phrase. I also had the twin perspectives of running a thriving gym with my wife and business partner, Juliet, and having lived as an under-resourced, and broken athlete. Which is to say, I was already firmly a realist. People are imperfect-complex-messy psycho-emotional animals that live actual lives. Well, that was my experience anyway. Clearly, I was aware over a decade ago that best practice needed to somehow coincide with real life. Of course, I was. My final research paper in PT school examined “barriers to adherence.” That is, what keeps people from doing what they know they need to do? Even in graduate school, I was aware that there was a gap in what was theoretical, and what was actually possible.

Suddenly, people were becoming more aware that they could be personally responsible for restoring and improving their movement technique and body mechanics. The more we shared and taught, the more we were also invited to work along-side some of the most sophisticated organizations in the world. These groups were as diverse as entire branches of the military, nearly every professional and extreme sport on the planet, as well as corporations and even high schools. Moreover, these co-labs gave us an opportunity to test and refine our models and observe first hand the problems with which people were grappling as well as what wasn’t working. There is a ton of information to be found in the dirty laundry and broken solutions that didn’t quite pan out. All that is to say that we were afforded the chance to test and re-test our thinking in some of the most difficult, complex, and sometimes austere environments on the planet. We were given a window into the complicated realities of a working world. Asking a room full of Marine Aviators at their weapons and tactical graduate school to sleep “more” would have gotten me laughed out of the room. There simply isn’t any more sleep to be had.

I even took a shot at formally defining “The Ready State” idea for this high-performance Marine group that readily exemplified the differences between ideal and realistic.

I appreciate that reading this hyper-technical overly academic definition of “how ready can I be”, probably caused you to drift off for a moment. So let me define “Ready State” in a different way:

Let’s get as ready as possible given the fact that we all lead lives that are crazy and unpredictable. Oh, and it should make my life easier, not more complex by creating some ridiculous list of unrealistic and unsustainable things I read on the internet.

In short, from the inception of our small experiment in human self-actualization, we’ve realized that the best program was the one that provided the biggest bang for the buck and could be integrated into the lives and programs of individuals and organizations. Let’s say, for example, that you are stressed, sleep-deprived, eating erratically and that your opportunities to train are truncated. There is no way you could be at your psychological and biological peak. Add an old injury. Now a red-eye long-haul flight. How about that bottle of wine you had with a client? While this may not accurately represent the whole picture, most of us can relate to some version of this reality.

The big idea here, then, is to realize that we can still control what we can control. We can apply our considerable agency to the aspects of our lives over which we can feel some efficacy and power. This is the game. We play as well as we can today, and tomorrow we may have more room and capacity to do a little more. Humans are pretty durable and resilient beings. We have some tolerance in the system. We can lean on our considerable genetic inheritance. We don’t have to get it right today, or perfect. We just have to play as well as we can today and do what we are able the next. While this may be far from “perfect”, it is enough. More than enough, actually.

Part of The Ready State idea is that, as we have grown and evolved, we’ve realized we need to expand our conversation and scope of teaching. Getting to the bottom of improving musculoskeletal health and potential means we have to talk more about the details. So while we started out as the Mobility Workout of the Day, we realized that we also had to talk about issues like recovery, adaptation, pain science, genetics, tissue health, habitus, environment, and nutrition. We are obsessed with movement and mechanics and that means you have to care about the building blocks that influence and comprise those beasts.

When we began traveling and teaching over a decade ago, we purposefully used the word “mobility” instead of words like “flexibility” or “range-of-motion”. The term “flexibility” described the properties of a rubber hose and was too associated with non-specific interventions that didn’t have clearly defined movement goals. The term “range-of-motion” was slightly better, but still missed half of the picture. You might have the range-of-motion of a joint but not know how to express that range-of-motion when you are moving in real life. We consciously chose and defined the word “mobility” as having the requisite soft tissue capacity to achieve full range-of-motion and movement skill (physical therapists call this motor control) to express that range-of-motion in the context of an actual movement, like performing a push-up.

Mobility as a concept has become pretty widely accepted, kinda like the word “Kleenex”. Words like: core, extreme, and organic are nonspecific and aren’t really that clear anymore. In fact, a quick search of the word “mobility” turns up lots of copy cats and wannabes. We feel like it’s just time to turn that phrase loose again in the wild (like a young feral leopard we adopted, but now need to set free….).

The term “WOD” or “workout of the day” was used by CrossFit Inc. to describe their daily programming. Over a decade ago, we became the second people to adopt that term, and MobilityWOD was born. Man, did we think we were clever. We had a spanking fresh term for what we were trying to accomplish and a clever way to tell people it was an everyday affair. But,fast-forward a few training cycles and you might notice that there are currently quite a few “WODs” out there describing daily practices in domains as diverse as “sobriety” to “mentality.” We also noticed that people in similar domains as ours were using “WOD” too. We started noticing that it became too confusing, and too technical.

We have professed from the start that while we live and work in some of the highest levels of sports and performance, we also believe that we should be able to apply the concepts and lessons forged in those environments to the rest of us mere mortals in society. We not only have the best proof of concept on the planet, but we believe that by treating high-performance environments like laboratories, professional sports are lifted out of the domain of simply being entertainment at best, and circus at worst. The Ready State democratizes the lessons we’ve learned over the past decade-plus.

We have been blown away at how sophisticated our community of athletes, coaches, and ordinary people have become at taking a crack at making themselves feel better and perform at a higher level. We have received thousands of emails and letters from people telling us about having solved their chronic pain themselves as well as people telling us about setting national, international, and Olympic records. Turns out, the shoulder is the shoulder. The same sets of tools that can restore our function can also improve our performance. We know because we are users ourselves. When people have better information, they can make better decisions.

We believe that every human being should be able to perform basic maintenance on themselves. We wrote this manifesto back in 2008 and we still believe it. 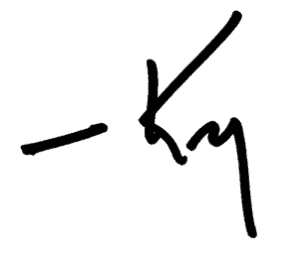 2 thoughts on “Welcome to The Ready State!”